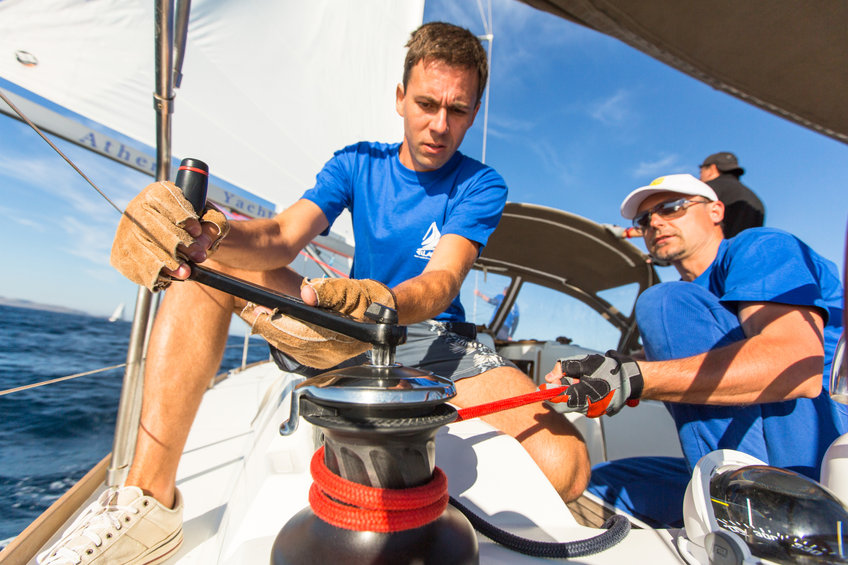 Safety and wellness both of the crew and the boat are the primary responsibilities of each commander, with no exception. You can bet that every skipper will confirm that. Yet, it is almost impossible to find an investigation report in case of marine casualty that does not attribute responsibility (or co-responsibility) of the accident to a human error and communication interruption, sometimes with catastrophic results.

Then, what are we sailors doing wrong?

To answer that question, it is worth looking at the aviation industry, which has been recognising and facing the impact of “human factors” for the past 40 years. With a single passenger plane carrying up to 800 people, eliminating human error when flying is vital.

In 1981 United Airlines has introduced CMR training (Crew Resource Management), to improve security by focusing on interpersonal communication, leadership and the decisional process in the cockpit of a commercial aircraft. The CRM model has proved so effective that it has since become rooted in the culture of aviation safety.

In the marine industry, particularly in yachting, there is still an image of the bossy skipper, that makes decision and does hard stuff by himself. This is quite different from the airlines’ approach, which consider the flight as a full crew effort with a lot of delegation.

I personally think that an involved crew contributes a lot to the success of any trip, in sailboat or in flight. This is a crucial step and it is something you can easily experience, starting with crew briefings, asking for feedback and delegating tasks to keep the crew involved while checking the situation and monitoring progress.

The key point is to be in a position to lead an effective team. It takes courage, it takes a change of vision, and it must be addressed from a position of vulnerability, which goes hand in hand with the will to learn a new skill or joining an unknown team. It is the duty of the skipper to recognize the engagement assumed from every member of the crew and help everyone reach their potential.

The skipper has the task of creating effective teams from scratch. Each time is a different experience, but whatever the single member’s task is, the aim is the same: forming a cohesive group and try to obtain the best experience possible and the best results on board, for everyone.

Creating the right atmosphere starts with first impressions. Forgetting the names is a fatal error. If you want the respect of the crew, the least you can do is take a moment to remember everyone’s name.

If you have difficulty with this – and, I confess, I do – then you should find a way that helps you. A system I like is asking each member to tell us something special about them when we meet each other for the first time. It does not only help with the process of remembering a name by association, but it also helps break the ice, to create a connection.

We have to learn to really listen. You may have a perfect and clear sailing program before starting, but listening carefully during the opening briefing helps elaborating everything each member says about themselves and their navigation approach. A good system is to answer each one paraphrasing what they said to prove that you really listened. Also, make sure you give the same everybody the same time.

Creating a series of team values will give the tone to navigation. These values should be processed as shared and approved by all. Try to write them in a sort of “crew contract”; this will provide a reference and focus when things go wrong (thing that will happen rhymes or after) and will create the basis for the on board dynamics. Write this note in the logbook so that you can refer to it and get everyone to sign it.

The basic rules established by the team provide a precious point of reference if you go through some conflict in the crew and encourage a democratic approach towards security and general wellbeing.

Keep in mind a predetermined framework when setting team values; adopt an approach based on a blameless culture, to promote an environment that encourages more reluctant team members to speak, helping to avoid accidents, injuries or worse.

Firstly, the desire to “adapt” will naturally bring out the best from everyone. The challenges start when the group feels comfortable and less wary. Add this to additional pressure coming from sea life, and cracks can start to form. These cracks must be faced rapidly before they threat the dynamics’ integrity that you built together. Creating a culture on board promoting feedbacks with no reproaches is essential to solve problems while the team keeps evolving.

We all have a personal leadership style, but a good skipper will adapt their style based on the situation. During a crisis, we need an authoritarian approach, with specific instructions and guide. There is no time for democracy when there is a fire on board. On the other hand, in a daily normal scenario, a more participative style works better, encouraging the crew to ask questions and think for themselves.

When a crew member shows full capacity of self-management it is not productive to “command”: instead, only directing the crew will create a mutual respect. The responsibility can be a powerful motivational instrument in the right circumstances.

Why is all this so important? We need our crew to feel responsible so that they can be safe reporting problems or safety problems, even when there accident going on, without being afraid of consequences. This can only happen in a blameless culture, or in or in what in the field of air transport is defined (among others) a just culture.

A just culture is where people are encouraged and feel like they can report accidents since they know they will not be blamed or reprimanded for “honest mistakes”, and this is what the field of air transport taught – and keeps teaching.

The key is to invest time and energy in in training on the human factor. This teaches everyone that, regardless of the position in the team, the role and the opinion of all are equally vital and important; this makes it easier for everybody to focus on behaviour and decisions.

In aviation, there is the “Swiss cheese” model by Jim Reason, which means that if a little error is left, and then another one, and another one, this can lead to a serious accident or a significant security breach.

To overcome these disastrous escalation, you must trained to take responsibilities of smaller error without problems. Reporting these safety problems is fundamental, and represents a collective performance that usually assimilates very quickly; this is a common practice in the aviation field.

I personally think that the sailing world can take great advantage from the adoption of this mentality: there is a huge difference in safety culture between marine industry and that of airlines.

After a marine accident, there is talk of guilt and the possibility of prosecution. An airline flight may only be prosecuted for intentional misconduct or gross negligence, not for having made a mistake, no matter how disastrous the result is.

The aim has always to be finding out what has gone wrong, why it happened and act to avoid it from happening again. If somebody makes a mistake, the same thing can surely happen to anyone else.

People should feel safe in reporting problems, which may involve themselves in order to improve the system.

For example, let’s suppose that a member of the crew falls asleep on his guard shift. If nothing happens, this (most likely) will not be reported; while if an accident occurs while the guard takes a nap, there will be serious consequences. But the situation is the same: the person on guard shift was not alert, so if not reported, the system can’t learn and similar situation will not be avoided.

An approach based on the search for guilt remains therefore the most useless, the least educational and potentially the most dangerous possible when you want to build protocols preserving data incidents at sea.

An old Japanese proverb reads: “I don’t need to find the culprit; I need to find a solution”. Maybe it was not Japanese, nor that old. 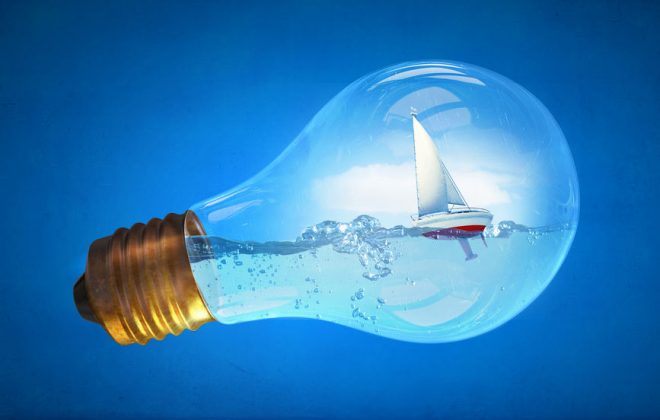 On board resource management 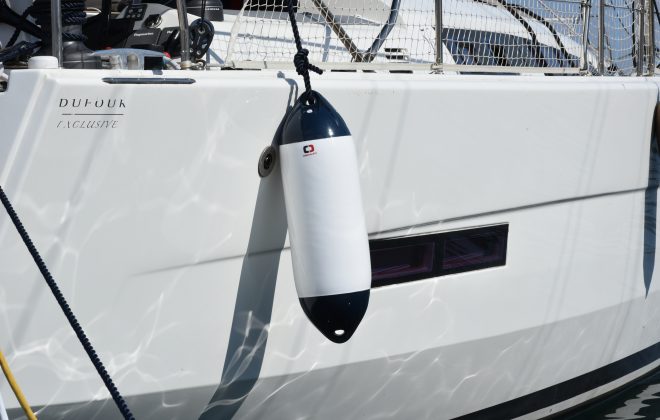 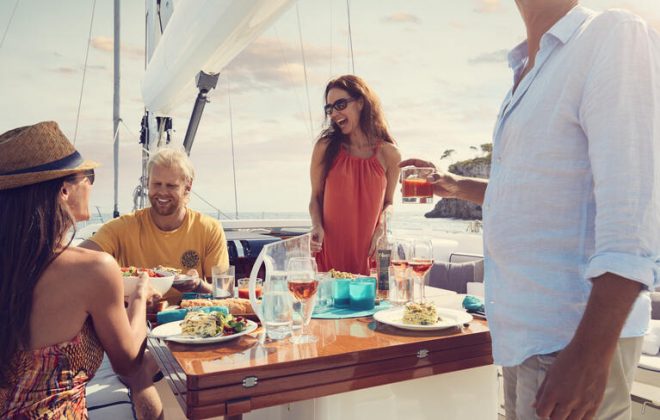 Cooking on board: kitchenware and food-stocks on a cruise