Guide e prodotti per la nautica > Other > Tips & Tricks > Guests on board: etiquette and unrwitten rules in hosting 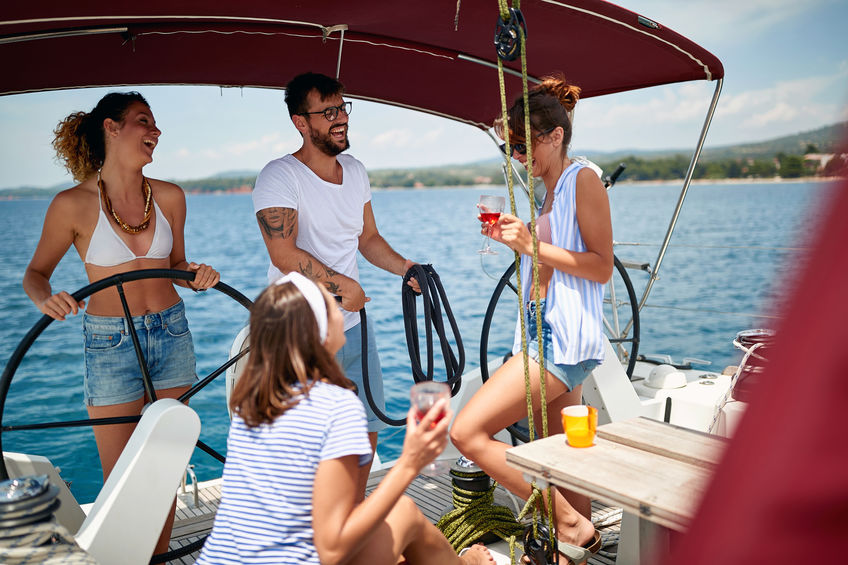 Guests on board: etiquette and unrwitten rules in hosting

During this period of uncertainty, a sailing holiday could be one of the safest options for a family unit or a group of friends of “proven origin” that didn’t want to crowd with hundreds of people in a resort or on a beach.

Hence why today’s topic: how should a good shipowner act when hosting someone on board? And what kind of behaviour should you keep when receiving such an invitation? It might sound like a trivial topic but during that week of coexistence a friendship of twenty years could be put at stake, and it’s important to keep in mind a few basic rules that might prevent turmoil on board.

First of all, it’s important to fully understand the situation: let’s scrap from the start the idea of being invited on the Kauris IV or  the Pink Gin VI and let’s imagine boarding on an average sailboat of a friend who – more or less – has our same financial resources and our same lifestyle. This friend invites us, and from then on it’s good to mind a series of unwritten rules, especially if you’re rookie leisure sailors.

It has probably already been said in every possible way: the luggage must be small and kept in a soft case, preferably waterproof.

NO hard-case carry-ons, no TIR suitcases or trunks as bulky as a cargo. On a boat the space is limited and it has an uneven, curved shape (of course, it’s a boat!). Before closing your bag for good you should try and picture it multiplied by the number of people on board: if on the floor in front of you there are three suitcases you can easily guess that by your standards four, five or six people on board would find themselves buried in luggages like a Orient Express bellboy at the departure of the train. On his side, the shipowner should, gracefully and with kindness, let guests have a set of guidelines to help the less experienced ones figuring out what to bring and what to avoid, refraining in any case from making a scene worthy of a Greek drama if a guest happens to have misunderstood or misinterpreted the advice. The main guidelines are peaceful coexistence and safety; a classy and wise shipowner might as well overlook other things.

Clothing in general should be simple and sober; light and fresh clothes are ideal for a summer cruise in the Mediterranean sea, once you add a couple of warmer garments the luggage will be perfect. Sure, this depends in part on what itinerary you choose and what is the style of the shipowner and the other guests: a sun-sea-nature cruise in the Cyclades will offer few social occasions; a trip to Porto Cervo, Capri or St. Tropez might include a fancy dinner or a night at a glamorous spot and therefore require a more stylish outfit, although you should always avoid, in general, confusing a cruise with a haute couture catwalk. Keep sober is the new watchword. A very delicate chapter is related to shoes: on board you must only wear dedicated shoes, clean and with white soles; you will put on any other footwear once you land, in order to avoid damaging the deck or the tender, and – most of all – to prevent falls or injuries. I’m sure the ladies reading understand very well what I’m talking about.

It obviously depends on the situation and the relationship you have with the shipowner but – in general – when you get an invitation the itinerary has already been chosen and established by this latter: the invitation is usually worded like “I’m taking a one week trip in Cote d’Azur towards the Porquerolles, do you want to join?”; in general it’s not a great idea to ask – maybe somehow insistently eve – to change destination and to head – I don’t know – to Corsica or to the Tuscan Archipelago.

Remember you’re a guest and – most of all – choosing the course and the succession of routes to be travelled and stops is prerogative of the captain (and shipowner if they happen to be the same person), whose top priority is to lead the boat safely and who doesn’t have a duty to necessarily indulge every guest who wants to take a bath in a specific point, in a specific cove, on a specific day. At the same time a classy shipowner (that’s how I like to call him), when choosing his boat mates should try to put together people with compatible preferences; and unless he has already booked a stopover or paid entry fees where needed, he will ask his guests if there is something they really want to see or if they have suggestions to share as much as possible regarding the itinerary and the stops.

Speaking of sharing: unless you are in the presence of a particularly wealthy and very generous shipowner, expenses should be shared equally among all the cruisers. Funds for food stocks, fuel, ports and other kinds of supplies should be drawn from a cash created at departure and replenished if necessary during the cruise. In the unfortunate event of a break-down the costs will be incurred by the shipowner, although – in my opinion – the guest should offer to share at least any rescue and towing expenses.

The classy shipowner on his side should take into account his guests’ financial resources and avoid embarrassing them suggesting dinners in expensive restaurants or particularly costly activities. As already mentioned, it’s his duty to try and harmonize the group as much as possible, from every point of view.

This is an essential prerequisite: each one, according to his own skills, knowledge, physical ability (etc. etc.) has to take part in activities such as navigating, steering, day-to-day management and minor maintenance of the boat.

Obviously someone who has never set foot on a boat before can’t be expected to stand guard at night at the wheel, but bearing in mind the different skill sets, you should organize shifts and tasks that the guest is willing to perform without trying to dribble work like a good midfielder in penalty area, instead making himself useful and proactive, showing engagement and involvement. Once again enters the picture the classy shipowner, who should try to schedule shifts and tasks in a way that  involves everybody and isn’t reminding of the rules for Guantanamo prisoners.

I am completely omnivorous, but if I were invited by a vegan shipowner, I would certainly avoid to whine every night because I want a steaks and sausages barbecue. Building on this simple personal example, I believe the concept is pretty clear: the food stock and the cooking should be defined based on the tastes, the needs and the sensitivity of all the members of the group. Nobody (guests or shipowner) should force on the others his own diet. The vegan mate will simply abstain with no recrimination from eating sausage on barbecue night, and in the same way the omnivorous will make sure to offer food alternatives he is not used to.

The teetotal mate will avoid to “forget” to buy beer when it’s his turn to get supplies and at the same time the alcohol-lover won’t squander (I would rather say invest) the entire weekly budget over a zillion kinds of wines & spirits. Is that clear? I think so.

Once again, it’s up to the classy shipowner to harmonize and accommodate the tastes of his guests trying not to hurt their feelings: the practicing Muslim and the president of the “Gin & Tonic Club” (it really exists, it’s based in Argentina) could be invited on board in two different occasions if needed.

Many modern cruising boats are equipped with devices such as generator and desalinator; the electricity and water consumption on board are therefore not a huge problem.

Should these facilities not be available, the consumption shall be based on thrift and sharing. The shipowner shall educate his guests about the possibilities his boat offers in this regard, and the guest shall stick to the instructions trying not to monopolize the shower, the toilet or the USB ports to charge phones and tablets. The sharing of spaces too shall be based on the utmost discretion and respect of each other’s privacy. If you ask me, the chart table is exclusive territory of the captain and it’s reserved to navigation. In this regard I would be in favour of the establishment of a rule which provides for any object abusively put on this table to be abandoned at sea. I do realize, however, that such a measure would lead to a dramatic increase in the marine pollution. That’s why I’ll give up for now.

If the captain tells you to avoid going to the bow with rough sea, you should avoid doing that. Period. There’s no “don’t worry, I’ve been sailing for years” or stuff like that; he’s in charge, he knows his boat, he has assessed the experience and the aptitudes of his crew and guests, he’s the one who decides. I have nothing else to say about this.

Do you still feel like embarking? I really hope so, in the end those I have listed are simple rules of common living that, in a confined environment such as a boat, might save your life, your liver and your friendships. What’s important, once again, is the pleasure of sailing, of trying new experiences and sharing this pleasure. Everything else passes away, but the sea remains.

Fair wind to everybody, see you at sea.

By the way, I would still consider the rule against the abusive occupation of the chart table. 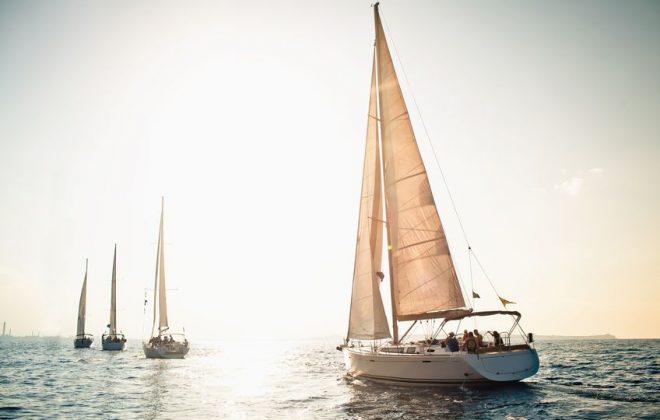 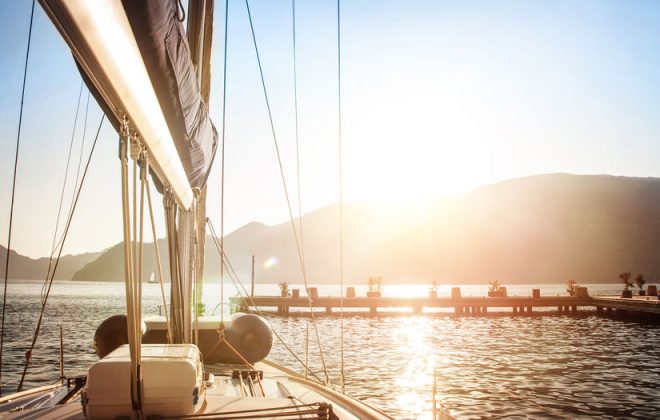 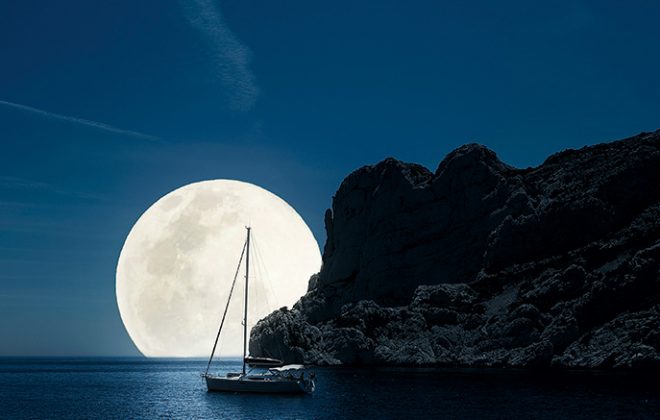