Guide e prodotti per la nautica > Sailboats > Women on board: why this article should be useless 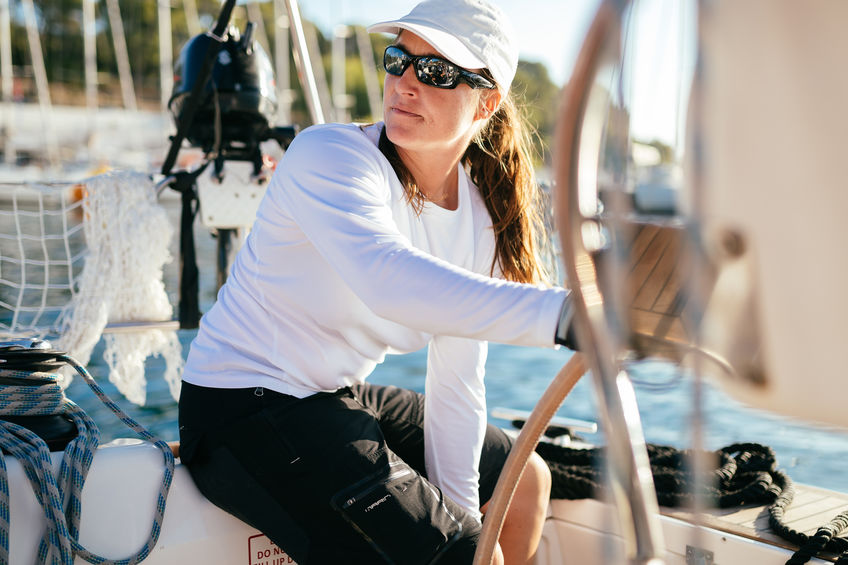 Women on board: why this article should be useless

I must confess that after reading for a few minutes I had to sadly close my Mac and go have a cup of tea (no, to tell the truth I cracked open a beer, but I don’t want to encourage alcohol consumption on these pages). The scenario is a pretty bleak one: among old superstitions and “fun” anecdotes about why women weren’t welcome on board in the past, it feels like the world of sailing got stuck somewhere between the Steam Age and the Fifties.

The most highbrow texts I’ve read were those that described etiquette rules and explained how ladies should pack their bags for a summer cruise, never even considering the contributions women have given to the world of professional sailing or regattas.

Personally, I have always sailed with women, I currently race with an almost all-female crew, my boat licence instructor was a woman, so I believe the way I’m approaching this topic will probably somehow sound like Alice in Wonderland, as I really can’t understand. I honestly believe – as I said in the subheading – that this article should be useless. You should skip it completely.

In the movies from the Fifties, when a man and a woman go somewhere together, the man is invariably the one driving the car. Driving used to be a male role, just like carving the Sunday roast or choosing who to vote for. A woman wasn’t even allowed to drive her husband’s car, as if driving safely were somehow beyond her human capabilities. Today this mindset is considered absurd, in Western countries at least, and yet some aspects of sailing still remind me of a Technicolor world from the Fifties.

Let’s check: most of the boats approaching a marina are steered by men, while women stay ahead busy with ropes, lines and fenders. In a logical world, it would make sense for a woman to be the one steering and for a man to take on the hard work of lifting, throwing, jumping and pulling.

Then why aren’t women steering? Why aren’t men worried that their partners – always left out when it comes to manoeuvring – might not have been trained to go back and rescue them should they fall overboard? Or to sail and safely go back to shore if necessary?

This is the first inexplicable paradox: most men would rather put themselves in danger keeping their partners short on preparation and training than giving up the “sceptre of power”.

Besides, there’s a lack of women in professional sailing too, it’s not really common meeting female captains of charter boats, and you can count on one hand helmswomen, female skippers and female tacticians in a professional crew on a racing boat. I’ve never heard – for example – of a woman playing any role on board of a boat racing in the America’s Cup.

The world of sailing counts many great female athletes and sailors whose skills are undoubtedly renowned, but in reality women are much more scarce in the professional world than they are in amateur regattas and in cruises; moreover, roles on board are often divided into those suitable for males and those suitable for females.

When you think about it – luckily – today that clashes with what happens on land, but at the same time it’s a rarely discussed topic. Talking about this kind of things can be seen as argumentative, sexist even, and when the debate is held on forums or on Facebook, the risk of flaming is high.

I think that things need to change and even an old-fashioned world such as that of sailing should snap out of it and openly and peacefully talk about women as boat masters. As already mentioned, it’s a practical issue too: even and especially couples interested in simple coastal cruising should meditate and ponder on the necessity of every member being able to sail independently and safely. When you are sailing with a partner it’s just as if you both were two solo sailors who make the most of their skills doubled.

Is everything clear then? Not at all! We also need to reflect on the fact that the reason so many women don’t take it upon themselves to steer, sail and other key roles is because they’re afraid to do it, they don’t trust themselves. This lack of confidence can turn women into reluctant sailors, killing their original dream of becoming independent sailors. All in all, women’s poor self-esteem can apparently stem from men’s and women’s different approach to learning. Men learn intuitively, while women would rather make sure they are able to do something before actually doing it. In short, it is all about gaining confidence, which needs practice, a good support system, knowledge and basic experience. In one word, it all comes down to involvement.

It’s hard to pinpoint why women are so reluctant to undertake a task when in many situations men apparently take the lead rapidly and with no effort, but whatever the reason, to take responsibility, all sailors need time, learning goals, education and practice. Moreover, couples who mean to sail together should learn separately and once on board together, let the less inexperienced of the two take the helm and develop competence, knowing that mistakes will be made down the road. When women will be free to crash into piers (just like men are), the world of sailing will be a better place.

All in all the key word is: sharing. Sharing the helm, the steering, the maintenance, the food-stocks. In short, sharing every single aspect of navigation. With no blue roles and pink roles. And sharing mistakes.

Mistakes will be made – dear ladies – you will fail the mooring and you will have to try again. This is the worst thing that could happen (just make sure you don’t get ropes stuck in the propeller). Find your way, take up space.

In case of double-handed sailing, the two partners are necessarily co-skippers. Of course it’s important that both share responsibility and knowledge, so that both can carry out the other’s duties in a completely interchangeable way.

Back to the initial example then: how many male skippers let their wives dock the ship into the port? Usually very few, yet it’s important, just like it’s important to recognize the different approach to learning men and women have. At the risk of sounding trite, women’s habit of thoroughly reading instruction and maintenance handbooks turns out to be absolutely crucial. Putting knowledge together also allows couples to make decisions in specialized fields.

In conclusion we still have the same question: if women can sail a boat just like men can, and if they should be able to do it so that they can take the lead when it’s needed, why don’t more wives and partners do it?

It’s just like driving a car or voting: a chance to do it is all it takes.

Fair wind to you ladies, see you at sea! 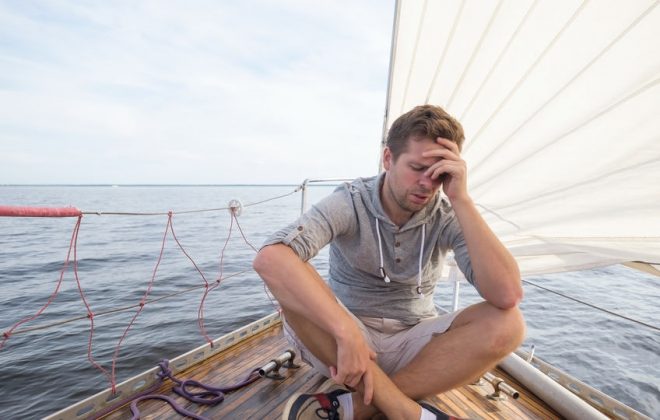 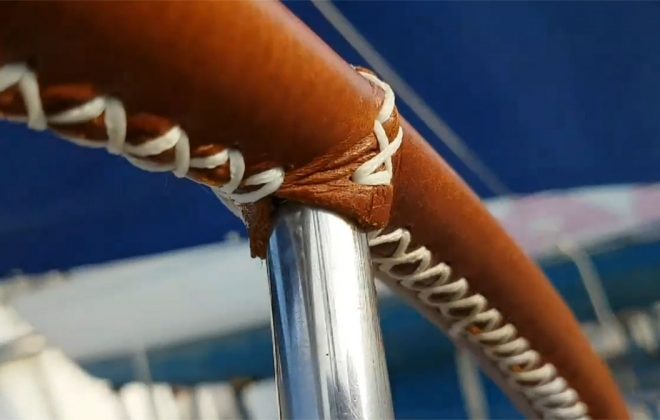 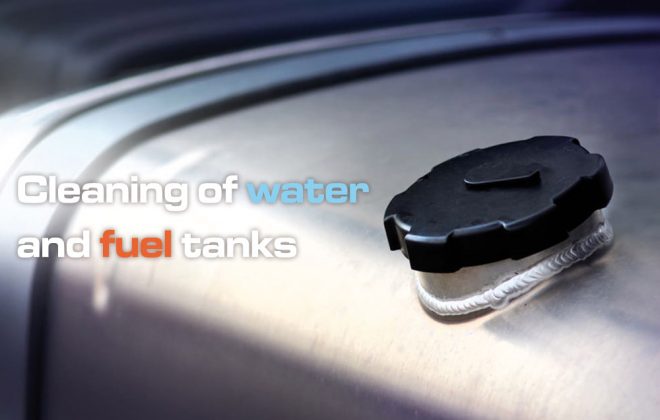 Cleaning of water and fuel tanks