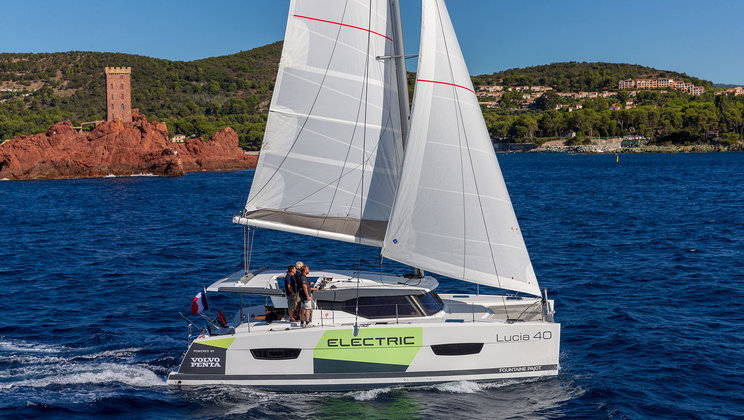 New propulsion systems: future is behind the corner

To start with, let’s reply to a basic question and get rid of any hypocrisy: is sailing an ecological practice? If we are satisfied with dwelling in illusions and good intentions, then we’ll say <<of course it is, I sail without a drop of fuel, so I sail ecologically …>>.

But reality is “slightly” different. First of all because, unless you want to emulate the legendary Commander Straulino, who managed to sail the Amerigo Vespucci out of the port of Taranto in full sail, sooner or later some fuel will be needed. And, above all, it must be acknowledged that modern sailboats are such a powerhouse of technology and materials which, frankly speaking, has little to do with echology.

If we went deeper – and maybe we will do it soon – into the design, building, use and disposal cycle of a modern 40’ sailboat, we would realize how hardly the world of sailing can deservedly bear the title of environment-friendly sector.

However, it is not all gloom and doom and, if we look around, there are ideas and projects that promise a green step forward. In the next few years this could implement virtuous behaviours in the world of sailing, after decades of high tech – high waste.

Today we will talk about propulsion systems and the goal – still ambitious but no more unrealistic – to manage a boat, engine included, using for the major part renewable sources.

Let’s imagine being able to sail everywhere without cooking gas cylinders or diesel tank filling up. Nowadays this is quite normal, as both the cooker and all kitchen accessories can be electrical. Also the engine, properly dimensioned to supply only the energy required for propulsion and essential equipment, may help to achieve the goal. A modern lithium-ion pack of batteries can be easily recharged through a combination of solar panels, wind turbines and a freely rotating propeller placed under the hull.

To sum up, for several years boats have been able to produce the energy they need from renewable sources. However, the final aim to reliably replace the diesel engine with an electric engine of equivalent power has shown some difficulties. And this is the real challenge.

Although sailing under still air conditions is relatively low energy demanding, a boat under rough sea conditions needs about 3 HP per ton. However, regardless of the actual energy demand, many yachts store a lot of energy on board, e.g. a modern 40’ yacht usually from 55 HP to 80 HP (72-104 kW).

A large pack of batteries is required to power an electrical motor of a certain size for several hours. Yet batteries get quickly discharged under heavy loads. Up to now dedicated electrical propulsions could not be a satisfactory solution, while hybrid propulsion systems offer a practical trade-off. A small or medium-sized combustion engine works as a propulsor in case of high energy demand or when the battery level is low. While the combustion engine is running, the electric motor is acting as a generator. Once batteries have been recharged, electric equipment is again made available for noiseless operation.

Up to now electrical propulsion has been just an additional system and not the only boat power source. Things are changing and it now becomes conceivable to power a boat without fossil fuel thanks to the tremendous improvements in the electrical vehicle market.

The new brushless and rim-driven motors provide higher torque with less energy required. Moreover, lithium batteries energy storage capacity has improved and, above all, many deep cycles are available without any damage. It is now possible to make the most of all these resources thanks to the new generation of digital controllers, capable to manage energy flow by making use of predictive intelligence.

This means that any “bit” of energy is accurately stored and cleverly employed by the engine. As proof of this, the experiment of a group of French students is noteworthy. They sailed around the world on a boat provided with a fully electric propulsion system designed to be mainly recharged by hydro-dynamic movement.

In the meanwhile companies like Oceanvolt (www.oceanvolt.com) and Electric Yacht (www.electricyacht.com) have been founded, whose mission is to provide fully electric solutions for boats up to 60’. Dozens of yachts have been converted to electric propulsion and any successful conversion improves the know-how.

So? No more problems? Not entirely. What is sure is that what drove the owners to have their boats converted wasn’t cost savings. As shown by the EU-founded Hymar project, savings in terms of costs isn’t what pushes towards the installation of a hybrid system as the kits available on the market are still particularly expensive.

It is rather a contribution to technical research resulting in the enjoyment of a noiseless, zero-emission cruise, reduced maintenance required and great energy storage for all domestic uses. An additional pro is the nearly immediate supply of drive torque, which gets the boat moving from zero to maneuvering speed in a few seconds. This is useful in case of risk of collision and boat traffic. Another highlight worth mentioning is the possibility to make the propeller turn at low RPM.

Taking a look to the market, the Dutch company Mastervolt (www.mastervolt.com) has been the pioneer in lithium-ion batteries of standard dimensions, 12V or 24V. Now the second generation, the Ultra series, is on the market. A life span of at least 2,000 deep charges/discharges is guaranteed at up to 80% DOD (depth of discharge) and a third of the weight of an equivalent lead-acid battery. Control electronics in all cells ensures perfect balancing and no overcharging risk.

Some researches are now focusing on lithium-air batteries using oxygen as a reagent. This kind of batteries could be produced at one fifth of market price. A drastic reduction in weight and an extremely long battery autonomy are big pros to be taken into account.

Moreover, studies are focusing also on the physics of materials such as magnesium, gold, sodium ion and graphene.

Graphenano, a Spanish company (www.graphenano.com), has developed a graphene polymer battery whose weight is declared one third and energy storage four times that of an equivalent lithium-ion one. Relevant is that these batteries are recharged faster than lithium-ion ones and guarantee over 80% of their capacity after thousands of cycles.

Not to mention the advances in electrical motors as research is moving forward. One of the most recent studies by Siemens is about a motor developed for the aeronautical industry. It weighs only 50 kg and delivers a continuous power of 260 kW (348 HP), meaning a five times higher power than equivalent systems. Another aspect to be highlighted is it works at only 2,500 RPM and therefore can be connected to the propeller without any transmission.

At the end of this first overview on new marine propulsion technology it must be stressed that, as for now, innovation is not a synonym for low-cost.

Besides, it is well-known that nautics and sailing in particular is the most expensive way to go free somewhere and very probably things won’t change in the short period.

However, these actions taken as a whole and their impact in the long term deserve a different consideration as green steps forward. Every long journey begins with a little step. These, the green ones, will help to restore the balance, at least in part, and make peace with our planet 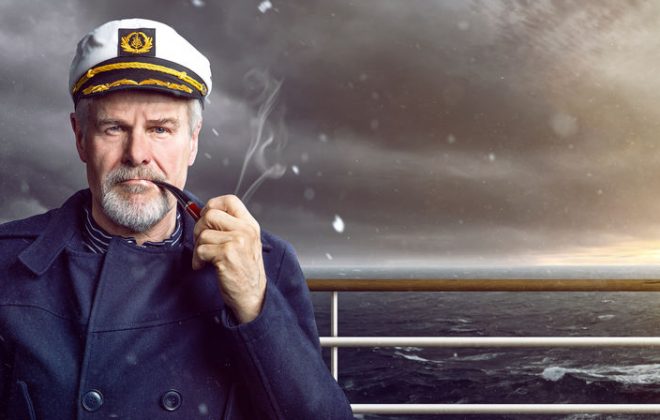 Life aboard: rules and roles.

C.I.R.M. The guardian angels of seafarers