Guide e prodotti per la nautica > Sailboats > SUV OR COUPÉ: Cruising on a catamaran or a monohull

SUV OR COUPÉ: Cruising on a catamaran or a monohull

Imagine you have to rent a car for a travel holiday. Imagine you are planning your journey along highways, coastal roads or hairpin turns or across towns. Maybe the first question that should be asked is: ”What kind of  car do I need?”

Of course, there is not just one answer. There is a huge difference between driving a sport coupé, just you and your partner, or driving a spider and enjoy the sun and the fresh air, or, again, driving a four-wheeled sitting room with high driving position and large windows….in company of your family, mother-in-law and dog included. 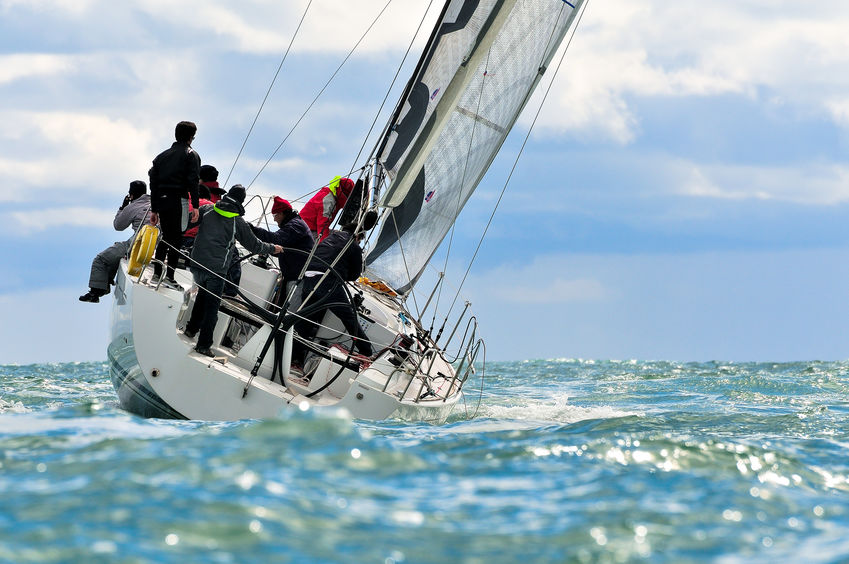 Roughly speaking it is the same difference as travelling (or better, sailing) on a catamaran or on a monohull. Indeed the comparison is not particularly fanciful as the difference between a coupé and a SUV is similar to that between a monohull for sport cruises and a catamaran. If we assume the validity of this parallel, a catamaran represents – as well as a SUV – the quintessence of comfort, and, dare I say, of “visibility” both in a roadstead and in port. 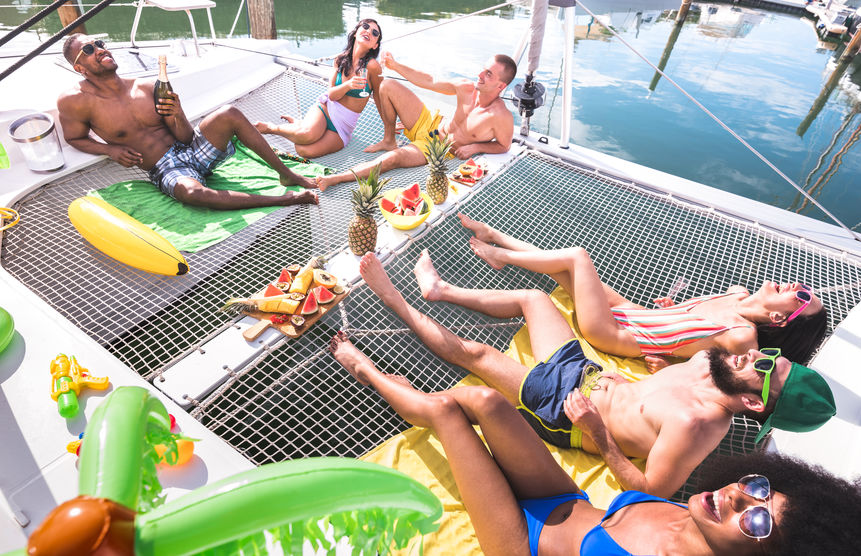 In this article the issue will be dealt with neither as a list of “pros and cons” between the two choices nor trying to find a definitive answer to the long-standing question, which one of the two is the best one. Conversely, just a description of the characteristics of the two types of boat will be made. The task to “pigeonhole” your needs and tastes up to the autonomous decision of which boat best suits your requirements, is left to you.

What differs a catamaran from a monohull

Let’s start by considering what mainly differs there two types of boats.

From the first vast difference – i.e. one is a mono hull and the other a double hull –  it derives that “classical” boats have “weight stability” while catamarans have “shape stability”.

Without going in deeper technical details or ship geometry treaties, it may be said that shape stability (that of double hulls) makes the boat “fixed” in water almost without heeling. Displacement is highly reduced and draught restricted. However, a boat like this is more exposed to rough sea conditions on quarter and aft and it may tend to swamp with rather unpleasant consequences.

This is why the navigation conditions that best suit catamarans are found in relatively calm seas such as the Mediterranean Sea and the Caribbean Sea. However, personally, if I had to cross the Atlantic or sail the Northern Sea, I would choose a sturdy sloop-rigged monohull.

Some false myths must be dispelled as in the last 10-15 years catamarans’ design and construction have taken a considerable leap forward. It’s the same as what happened with the old “off-road vehicles” now turned into modern SUVs, which can now match a top-of-the-range sedan or a purebred sports car in terms of sportiness and comfort.

There still are, of course, the intrinsic sailing restrictions of this type of boat. The first and the most obvious is its real difficulty to beat up the wind successfully as windward angles don’t exceed 55° – 60° at best.

While its multi-hull shape ensures – as mentioned before – a truly exceptional stability, no heeling and no keel are actually the factors preventing a catamaran to beat up the wind. So, if you wish to “ride” windward at 20 knots and head rough sea there is nothing but sailing on a sloop-rigged monohull able to enhance the Venturi effect, which forms the basis of close-hauled sailing. 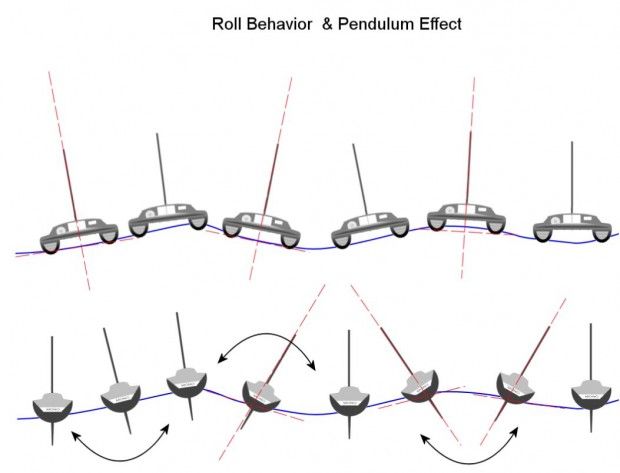 Sailing a monohull is substantially different from sailing a catamaran: the former is sporty while the latter is more calm. Moreover, some adjustment when manoeuvring a catamaran is required as its lightness and reduced draught make the boat respond “sharply”, especially when tacking and gybing. Added to this, to reef the mainsail, which is really complicated when running free leg, is particularly difficult.

A great deal has been said about capsizing as this was a frightening possibility (that occasionally occurred) in ‘80s and ‘90s. Today, however, I believe we can say this problem is now history thanks to the improvement of technical design and the overcoming of structural fragilities and torsion problems. Swamping hazard, which sailors are so much concerned about when running free leg and with rough sea, has been significantly reduced.

Today, just a little attention and adaptation to a cruising catamaran sailing peculiarities is what is required to safely sail on the Mediterranean even under quite adverse weather conditions.

Monohulls take their revenge when we talk about port manoeuvrability. This is because, despite its being provided with double motor and two-blade rudder, catamaran manoeuvrability in port reduced spaces is limited. Its bulky dimensions and the sail effect on large surfaces make stern mooring particularly challenging especially with strong breeze. Moreover, it should be added that port facilities are less likely to moor multihulls of a certain size and, when they do, mooring costs are, understandably, much higher than those asked to moor a “traditional” boat.

But, definitely, a catamaran shows its full capabilities on a roadstead. Rolling is practically non-existent if compared to a monohull and passengers experience the comfort of a true floating villa. Pros of a catamaran on a roadstead are undoubtedly low draught and drift-free, allowing multi-hulls to approach the coast much more safely. 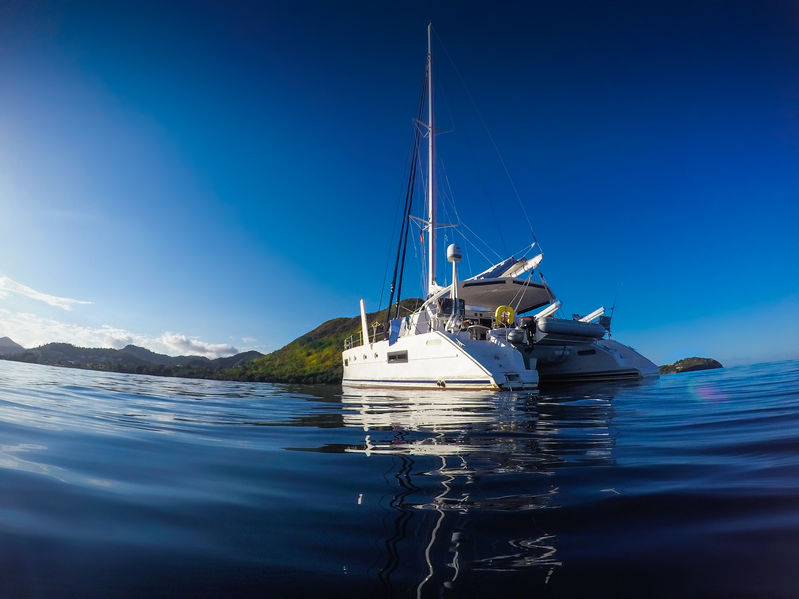 We come back to port manoeuvrability to underline – and partially contradict what is stated above – that in a catamaran the propeller evolutionary effect tends to zero. So, thanks to its double motor and two-blade rudder and to their mutual position, this manoeuvre is, all in all, demanding yet precise.

Deck layout and rigging are essentially different: catamarans are equipped with a roached mainsail and a very high boom. The mainsail main traveller is almost always installed on the roll bar and in the large majority of the cases the jib is self-tacking. Sails can be only partially trimmed and the mast is only slightly adjusted.

This leads (and forces) to a smooth sailing requiring – and this is an undisputed advantage – a very reduced crew.

On the contrary, monohulls – even in cruise versions –  show a traditional and sporty rigging, which on the one hand requires a more numerous and maybe little more experienced crew, and on the other satisfies even the most passionate racers. To this purpose, it is worth noting that a fast monohull cruiser with a good set of sails and a close-knit crew can achieve really good results in a zonal championship, ORC class, to which catamarans cannot take part. 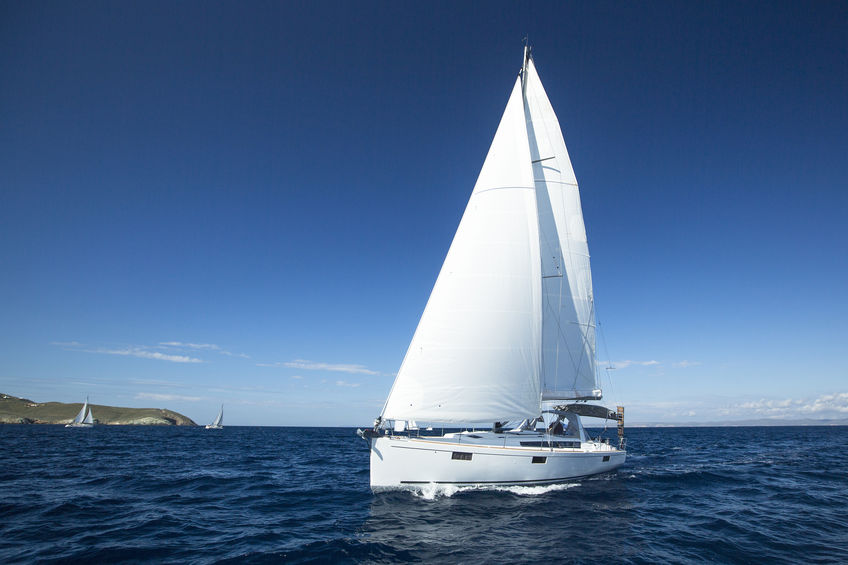 And now, “to play it safe”, let’s talk about catamaran liveability, which is second to none. Any catamaran layout has plenty of internal and external room and a sense of space you cannot find in even bigger boats. The large living area – dinette – the kitchen and the berths located in the sidewalls ensure comfort and some privacy to the guests. Bigger layouts include a flying bridge with operating station and, often, a sundeck.

It appears that catamarans win hands-down as for room access (you don’t need to go “below”-deck), brightness of the environment (thanks to midships strip windows) and the use of external spaces.

And finally let’s compare costs. First of all, as we all know, it is indisputable that buying and maintaining a boat is very expensive. And that’s it.

Take this for granted, we cannot help but notice that the costs of a catamaran are significantly higher in every respect: purchase, double maintenance for hulls and motors, haulage (ask and you’ll see), fixed mooring place and mooring place in transit during the cruise. In conclusion, a bloodbath!

So, game over? Maybe not!

You don’t have to fall in a quite common misunderstanding: in my opinion to compare these two vessels based on LOA necessarily produces an unreliable result.

A better point of comparison is to try to build a parameter based on boat comfort. There is no doubt that a 40-foot catamaran can be compared to a 55-foot boat. Now the comparison will be much more truthful and there may be even some surprises in store!

Well, in this article much has been talked about the different peculiarities of catamarans and monohulls to prove that a choice can only be based on the comfort they offer and the sailing you want to experience. 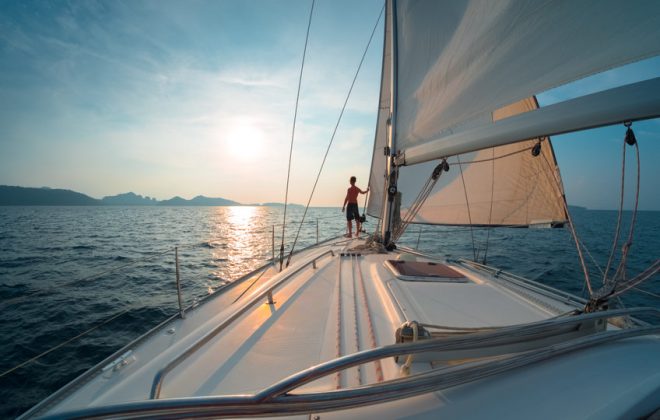 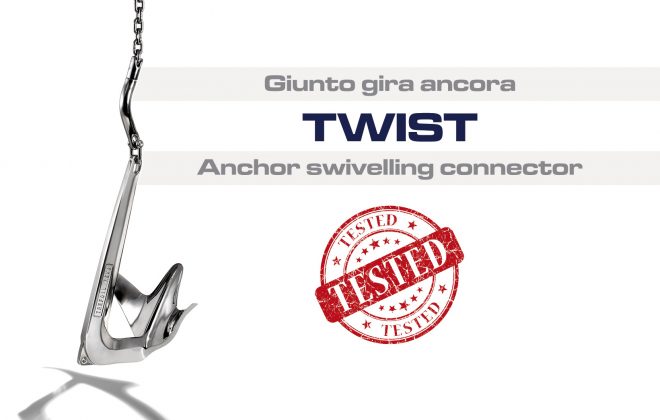 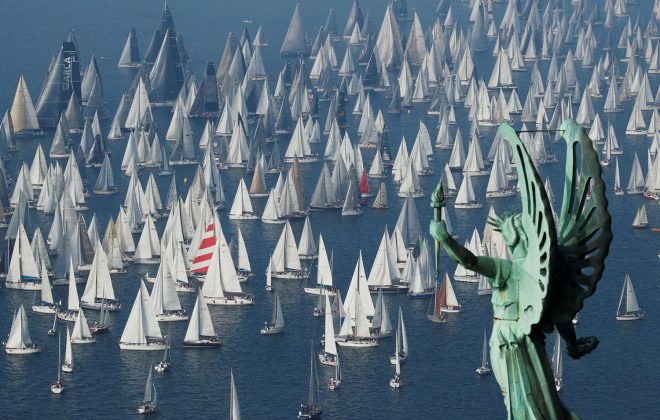