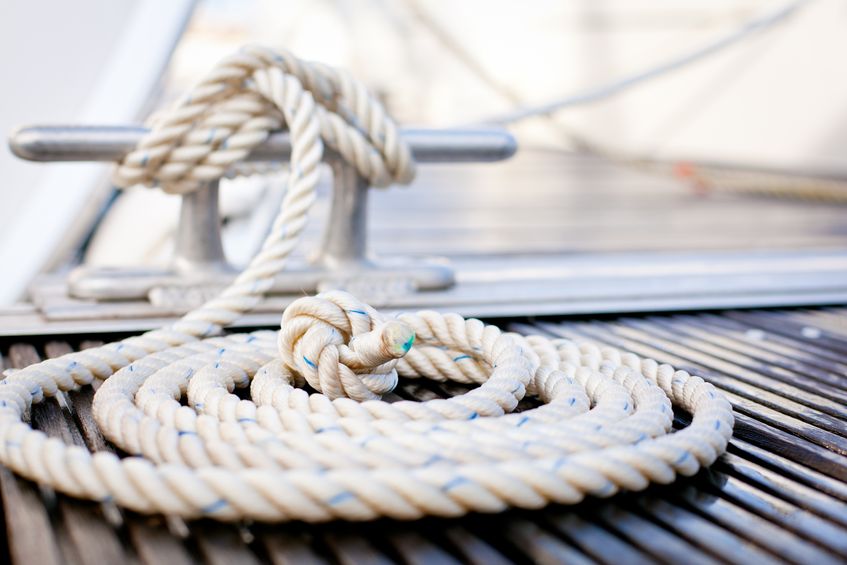 In the choice of mooring lines what is important is not to underestimate the role they play. As it is when your boat is at dock, or lies at anchor or tied-up that you really put it at risk!

Massive damage are caused by a gust or a storm hitting boats in a harbour or seashore and not in open sea.

As mooring lines have specific and essential peculiarities, old halyards and sheets are not fit for this task as they may lack in structural elasticity.

Therefore choosing the proper line means to take a protective approach towards the ship in the situation where, statistically, it is more subject to risk.
Let’s move on and analyse the lines.

– nylon, a very good elastic material. It support tractions properly but tends to stiffen over time.

– polyester, the best price-performance ratio, less elastic than nylon, the best-selling and used.

– polypropylene, about as strong as polyester, floating but more perishable. Normally used for throw lines.

I suggest a polyester 3-strand line to dock a boat as it is an excellent compromise having good elasticity, which is essential to damp continuous mooring stress, especially in case of undertow.

Line sizing depends on many factors including the length of the boat and its displacement (even though, actually, it is the upper works that lies against and resists the wind like a sail) and the cleat size: yes, because oversizing to guarantee an additional safety margin is ok, but if, in the end, you can’t correctly cleat then yours hasn’t been a good deal!

The table below shows the diameter of the recommended line according to the boat length. However, if an extremely precise estimation is required, then the displacement has to be divided by 4, namely the 4 usual mooring points, 2 at bow and 2 at stern. The obtained value has to be increased by 2.5 times to reach a safety margin that takes into account the load distribution as this is not always equally distributed on the 4 cleats. Now you only have to check the breaking loads given by the manufacturer and the choice is made!

To avoid getting lost in numbers, a simple rule has to be adopted: add 4 to the boat length in meters. As an example: boat length 14 m + 4 = line diameter 18 mm. Check the result by comparing it to the table.

The lining and the kinds of lines to have aboard depend also on the boater’s specific habits.

When the boat is moored with bow or stern at dock, at least 4 lines are needed: given the same diameter, 2 lines having the same length of the boat and 2 twice its length. It has to be taken into account that dock lines are often doubled not just to make unmooring easier but also to reallocate stress and make it more elastic.
The loop knot has to be taken into consideration because of the choice of the diameter mentioned above, as the cleat shall host both loops and, in necessary, even the spring (in case a cleat amidship is not provided).

The same rule applies in case of sideway mooring with 2 extra spring the same length of the boat. If just the 4 lines the boat is provided with are to be used, the same bow cleat line (twice the boat length) will be used both as main line (fastened to the bollard/ring placed at the bow) and as back spring.

I don’t want to get into the issue of spring or rubber dampers but I highly recommend them. 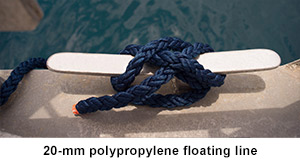 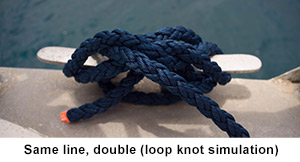 For those who lie a lot time at anchor, the issue is a bit different.

When at the single anchor/swinging mooring, the problem is solved by releasing the windlass tension fastening the chain on the bow cleats using a chain gripper and two lines. The lines approx. 3 metres long shall have the same diameter of the mooring lines: I suggest to use 2 separate units, without relying on mooring lines, since it’s handier to handle 3 metres of line instead of 12 and unused metres of lines will not be exposed to the sunlight. Last but not least is the possibility of immersion into salt water depending on where the chain is used.

Tied-up is another situation, which is frequent on the Turkish coast for example.

Diameter is the same but length shall be chosen depending on the distance from the shore, which can be different on the basis of the place and of the water depth, also keeping into account where the line will be fastened (a rock, a tree nearer or farther from the coast).

In short, there’s no standard length but the safety distance is at least 10-15 metres and consequently you need about 20 metres of usable line. This means that the line shall not be doubled (which is not frequent when tied-up) and you’ll have to cleat on the bow and tie the loop to a tree. The final part that rests ashore had better be covered by a garden hose-like sheath in order to prevent damage to the line and to the surrounding environment (some use a piece of chain but it would damage the tree, this is why you’d better tie to a rock, if any).

(The good practice of a chafe guard is worthwhile also for the dock to prevent the line from chafing against the boat and the ground).

As a matter of fact, the 20 metres I mentioned above are needed when the boat is stationary but the boater shall consider a careful closing manoeuvre and a person that, on the dinghy or swimming, will bring the lines ashore. This means that a long length of line is needed, which makes the final length twice or three times as long depending on the circumstances. For example, I have 60 metres of line: 40 metres in a single piece and another 20 metres tied up by a loop.
The most recommended line is no doubt made of polypropylene; polyethylene is also available (Spectra-Dyneema) but more expensive.

A floating line helps those who have to bring it ashore and prevents it from getting tangled into the propeller in case of manoeuvre in agitated sea.

For the tied-up mooring it would be better not to use lines for docking since in calm wind conditions the lines are often totally immersed in water, especially the downwind one, which reduces their life. 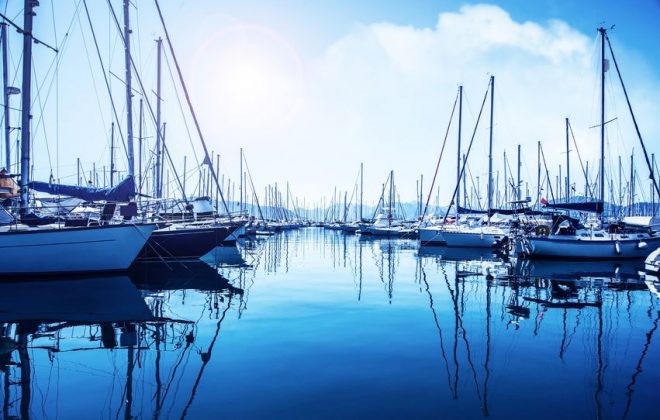 Good boating practices: “In a marina” 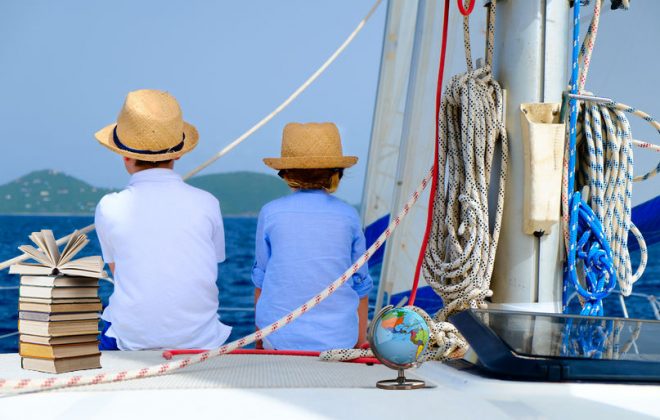 Boat schooling: at school around the 7 seas 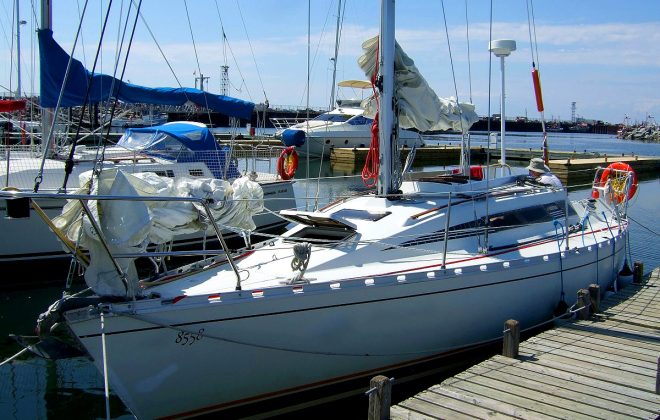